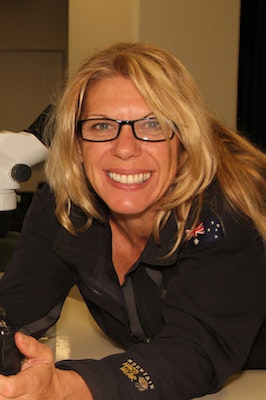 Cathy's work takes her around the world, capturing stories of people, places and nature.  Fuelled by a passion for reality and beauty in every situation, Cathy covers everything from travel, adventure, luxury, aviation, maritime and mining, to underwater, conservation, agriculture, news, sport and events.  Specialising in the outdoors and adventure, she is happiest in the wide open spaces or underwater, working on anything from the prestigious to the adventurous, thriving on the daring, bold, edgy and classy.

As a photographer for Lonely Planet and Getty Images (one of the world's leading image libraries), her work has been published in many newspaper, magazine and guide book publications from Luxury Travel to Camping, Adventure and Diving outlets, including the prestigious Australian Geographic magazine and many in-flight magazines.  Cathy has written and photographed for many commercial clients such as Tourism Australia, Tourism and Events Queensland, RACQ, Southern Queensland Country etc. and continues to shoot news and feature stories in the area for the Courier Mail.

Teaching photography in Toowoomba both privately and for artist studio, Studio Fifty Three, you can take your photography to new levels with Cathy by joining her on a Photography Workshop or travelling with her on a Photography Tour to some of Australia's most scenic spots.  As one of less than 1% of women in Australia who are CASA certified Drone Pilot's, Cathy prides herself on keeping ahead of the game with the latest technology, to deliver the highest quality work to her clients.

Raised on a small farm in country Queensland, I have long been seduced by the great outdoors although still baffled how a young, naïve, farmer’s daughter picks up such an insatiable desire to travel.

Inspired by an imposing picture of Machu Picchu on the hard cover of my school atlas, I set off (amid much family protest) with a daring ticket to ride. I wanted to see the world. Already equipped with a schoolgirl love of words and images, I traipsed through the United Kingdom, Europe, Russia, Scandinavia, Greece, Africa, Israel and Egypt with a SLR film camera hung over my shoulder. When the check-list of countries and money finally dwindled, I put myself to work within the stocks and shares heavies in London, the ski fields of the Austrian Tyrol and a job on a cruise ship bound for Alaska and Tahiti.

As a trainee wine sommelier, I quickly discovered that wine came out of a bottle, not a box, and with a shimmering silver taster cup dangling expertly around my neck, I pulled more tips than the Captain could ever imagine. The world was at my porthole.

After many years wandering, clear blue skies and the sound of magpies warbling called me home to join a private vessel filming a series of underwater documentaries, sold to the Discovery Channel. When the chasing of great white sharks, salt water crocodiles, whale sharks, tuna aggregations and the likes became second nature, I finally opted to put pen to paper professionally to complete a diploma in photojournalism, followed by a two year stint with the Canberra Times.

I proceeded to live in Karratha, one of Western Australia’s most remote and rugged posts, then Central Queensland, working on newspapers and freelancing my work around Australia. I was a weekly columnist and travel reporter with the Gladstone Observer and on-board as a photographer, shooting news, sport, travel and lifestyle.

Today my passion and inspiration for both foreign lands and my own home country, burns deeper than ever. I live to know more about my world and continue to dream of open spaces, where there are no paths, and go on each and every assignment striving to bring back with vividness, the heart of every destination in words and honest images.  Within my work I also strive to tackle world issues, caring for the environment, with a view to include humanitarian work and the documenting of this.  While in town I enjoy the excitement commercial projects bring, whether it's out on a mining site, agricultural plainlands, playing on big machinery, dealing with multi-million dollar businessmen or vivacious school children, it doesn't matter, I love the people and the interaction.

On the road I enjoy my pillow menu and putting on the heels in five-star luxury - who doesn't?  I delight in fancy food shows, healthy retreats, prestigious ocean sailings, but most of all I love my own diversity that can easily drop the stilettos and don the steel-capped boots or trainers, in an active and athletic manor, being passionate about the ocean, conservation, and helping to achieve a better life for others in developing countries.  Amid my writing and photography commitments that see me climbing mountains, skiing down them, diving reefs, droving cattle, four-wheel-driving, rafting, jumping off cliffs and sometimes not just sleeping in exotic surroundings but closing my eyes in a swag under the stars, I blend and mould to all of these environments.

It could be said I specialise in adventure and wildlife with a dash of either luxury or simpleness, but put me on assignment and I will rise to any challenge, displaying my diversity and love of our planet. As a professional photographer, strong images bind together my words and articles.

I am also proud to be a CASA Certified Drone Pilot and have a couple of drones in my arsenal to help capture destinations and businesses from an entirely new angle and perspective.

Life is precious - tell the story, one frame at a time.